Marylaine Louise Viernes is delighted to emcee for this year’s much-awaited Hot Wheels Convention, held at the best Robinsons Malls! This year featured over a hundred racers who competed in fun pocket events such as mini driving prix runners and practice hubs, and also fun color-your-car activities. This lady with Mary below was the tilt’s Grand winner!

Many, many kids competed in the prix elimination which trimmed the competitors down to 12. After this, the twelve competitors were led to the huge City race tracks which narrowed them down to four (4) finalists. And finally, only one emerged the winner, and you wouldn’t guess that she is actually a Barbie Girl! 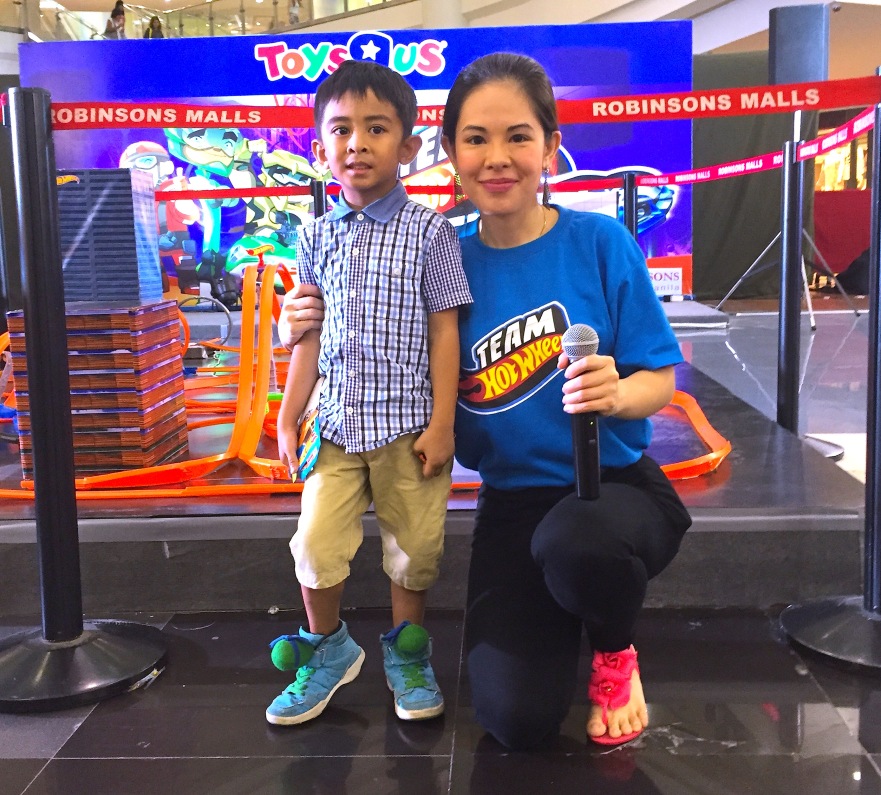 Congratulations to all the racers who were champions on their own right. See you all next year for another exciting Hot Wheels convention activity!